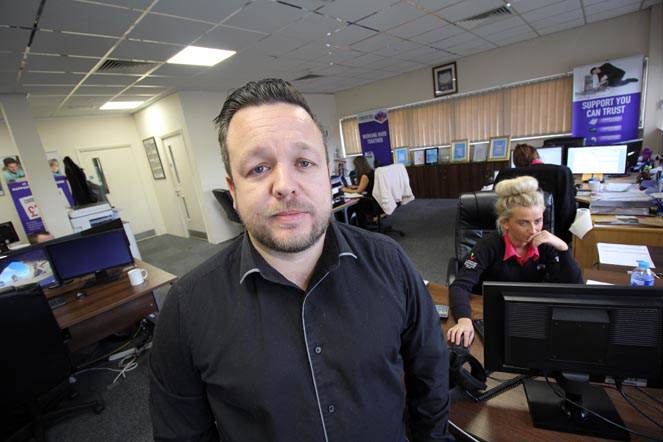 In July last year, Facebook chief executive Mark Zuckerberg predicted that humans would one day be able to talk with their minds and get Internet access from orbital lasers beaming power down to Earth.

While we wouldn’t recommend holding your breath for those technologies just yet, 2016 will be filled with incremental tech developments that will serve as a foundation for a much smarter future.

Virtual reality, artificial intelligence and smart cars will move to the main stage in 2016 as hardware is commercialised and cloud technologies make way for multi-functional computing.

2016 is going to be a huge year for artificial intelligence (AI). These architectures will result in more natural and competent speech interactions with our computers and smartphones that will make virtual personal assistants, such as Microsoft’s Cortana and Apple’s Siri, genuinely helpful.

AI advances in 2016 will allow virtual assistants to understand the tasks we’re working on and help with them. For example, they’ll be able to compile research automatically, almost like a real personal assistant. They’ll also understand the commitments we make to others, for example by realising from the context of an email that you’re meeting a friend for dinner, and then automatically adding it to your calendar.

Virtual reality
VR is a hot tip for 2016 with the likes of Sony, HTC, Oculus and Microsoft all working on headsets. Though the initial focus for VR is as a means to interact with video games, don’t be surprised to see functionality expanded to include watching films and making video calls – especially now that Facebook has bought Oculus.

Smarter smartwatches
Every year since 2013 industry experts have forecast Smartwatches to be “the next big thing”. But so far the products have failed to live up to the promise. 2016 could change all that, as wearables cut the cord to mobile phones and become entirely self-contained with their own wi-fi, GPS and sim card.

Self-charging phones
New technologies are enabling phones to charge through wavelengths. Japanese telecom company KDDI Corp has a product, called Cota, that will automatically recharge mobile phones at a distance, similar to how wi-fi transmitters deliver data from routers to devices. Cota serves as a central hub, almost like a wireless router, that pushes out targeted energy through wavelengths to charge devices without having to plug them in or place them on a pad.

Internet of Things
The so-called Internet of Things (IoT) is all about making everyday household technology controllable from your smartphone or TV. Imagine turning up your heating from your phone, monitoring who’s at your front door via your TV or putting the kettle on without leaving your sofa. You’re now picturing a home connected by IoT.

Self-driving cars
Hurray, no more taxis nor the wife’s dangerous driving! Google has had a fleet of autonomous cars driving themselves across the USA since 2014, while other car manufacturers, including Ford and General Motors, aren’t far behind. While 2016 might be too early to see self-driving cars come to retail, we’re expecting to see ever more ambitious tests.

New data protection methods
Every time a new home appliance becomes connected to the Internet, a new wearable device starts tracking more of our movements or a social network encourages us to put more of our feelings and vacation pictures online, more data is created. A lot more data. And that also means that parallel security measures will need to expand both in size and sophistication. New software security technologies will depend on identifying abnormalities in network behaviour instead of identifying destructive code in software.

Get in touch!
Whilst we can’t give advice on which is the best self-driving car to purchase, we can look at how well you are utilising technology to improve your business.
If you’d like to discuss this or any other IT matters, just get in touch on advicecorner@cornerstonebs.co.uk or call 0845 223 2400.