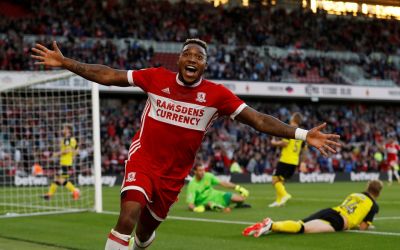 Second-tier English soccer side Middlesbrough have expanded their partnership with Cornerstone Business Solutions.

The IT firm, which has been the Championship outfit’s technology partner since 2008, has been named as the club’s first-ever shorts sponsor, in a deal which will see the Teesside-based company’s logo adorn the back of all first-team players’ home and away shorts for the duration of the 2017/18 season.

The enhanced agreement also ensures that Cornerstone will continue its sponsorship of Boro’s matchday family zone and official mobile app.

Lee Fryett, Middlesbrough’s head of partnerships, said: “Although shorts sponsorships have been in place elsewhere this is a first for the club. We had a lot of interest in sponsoring the shorts but we’re delighted that Cornerstone’s name will appear on our kit as the firm has been a loyal partner and supporter of the club for many years.”

Chris Petty, managing director of Cornerstone Business Solutions, said: “It’s a fantastic buzz for everyone at Cornerstone to be sponsoring part of the Boro kit. We have a close and long-term working relationship with the football club and this naturally strengthens our partnership in a very tangible way.”

Middlesbrough, who were relegated from the Premier League at the end of the 2016/17 season, are ninth in the Championship following their goalless draw at home to Preston North End on Saturday. They play their next game away to bottom side Bolton Wanderers on 9th September.