Cornerstone kick off MFC cabling and IT contract 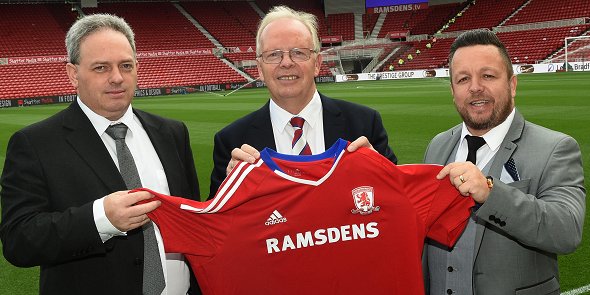 Stockton-based Cornerstone, who are on target for a best-ever £2 million turnover, fitted the Riverside with a full fibre backbone whilst fully re-cabling the stadium including the installation of new high-quality CAT6 cabling to the refurbished media facilities, corporate suites, office locations and kitchens.

In their role as Middlesbrough FC’s Official Technology Partner, Cornerstone has catered for the club’s IT requirements at both the Riverside and the Rockliffe Park training ground in Hurworth, near Darlington, for the last nine years.

As the club’s unofficial IT department, their services to the football club cover not only IT but the stadium’s Sage accountancy system, document management systems and ticketing systems.

Up to three members of the firm’s IT engineering team are also based themselves at the club every match day at the Riverside.

The two-way partnership means Cornerstone also sponsor the club’s popular Family Zone within the Riverside’s East Stand, featuring arcade machines and giving young fans the chance to take on members of the Boro first team squad at FIFA 17 on a large screen within the concourse.

Cornerstone, who have recently recruited three new staff to take their team to 25, also hire a match day executive box at the Riverside whilst sponsoring the official MFC app and the club’s wine coolers.

Cornerstone managing director Chris Petty said: “It was a significant project to carry out against the clock but a magnificent one that we were all delighted to be part of, too. As a proud Teesside company, who better than Middlesbrough FC to have as our flagship customer?

“Cornerstone has become a name synonymous with business IT on Teesside and a major factor in that has been our close working relationship with the football club.

“As a quirky example, our pitchside advertising even features on FIFA 17 video game that will be seen by millions of people around the world.

“Everyone at Cornerstone is a massive Boro fan, so it’s a real coup for us to have the club on board while they know we’re always happy to go the extra mile to give them exactly what they need.

Fellow director John Storey, who spent a large part of his summer at the Riverside overseeing the detailed installations and cabling, added: “We worked our socks off over during football’s close season to bring the football club’s cabling, internet speeds and IT infrastructure up to the demanding Premier League standards.

“We have a long-standing contract to act as the club’s IT department and we’re working with club staff on a project that will see us plan for future technologies.

“We’re proud to be carrying out such an essential role for our local football club at such a momentous time in their history. Our IT role supports not only all operations at the Riverside Stadium but also Aitor Karanka’s coaching staff and the Academy infrastructure at Rockliffe Park.